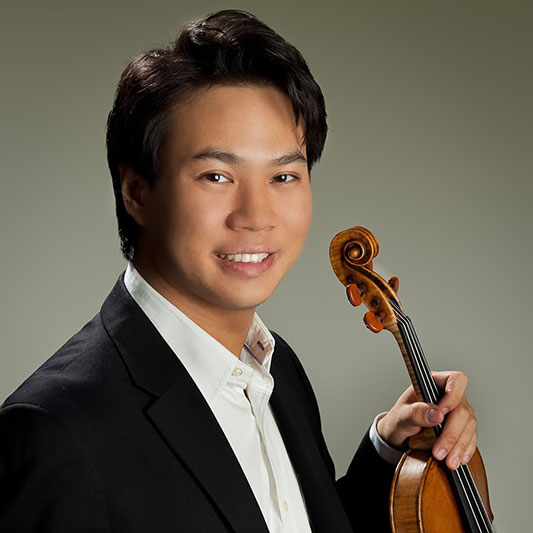 Nikki Chooi served as concertmaster of New York’s Metropolitan Opera Orchestra for the 2016-2017 season. A season earlier, he was a member of the genre-breaking ensemble, Time for Three; the group performed internationally, with highlights in La Jolla SummerFest, and with the Hong Kong Philharmonic. Nikki was first prize winner at the 2013 Michael Hill and 2009 Klein International violin competitions, and a laureate of the 2012 Queen Elizabeth Competition. Born in 1989 to parents of Chinese descent in Victoria, British Columbia, he was by the age of nine a protégé of Sydney Humphreys. Chooi’s subsequent teachers include Ida Kavafian, Donald Weilerstein, and Joseph Silverstein. His debut album with Stephen De Pledge was released on the Atoll label. Chooi plays a 2016 Joseph Curtin violin.