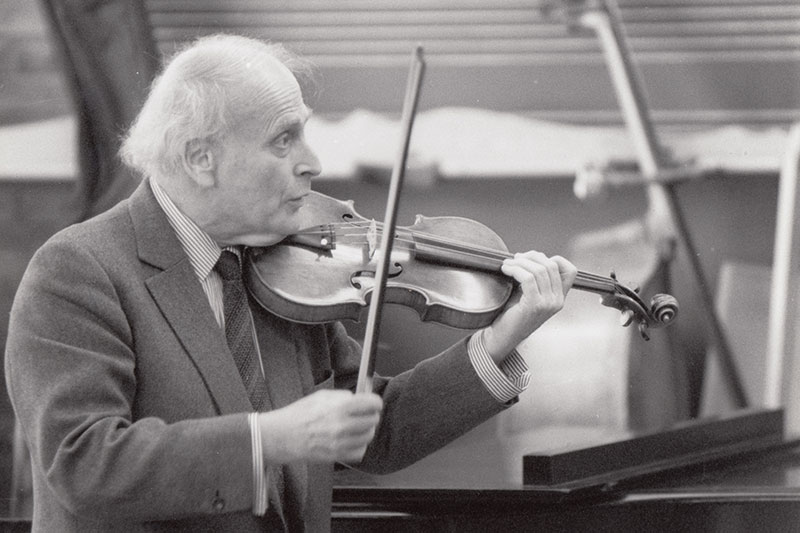 Yehudi Menuhin (1916-1999) came to international renown with his performance of the Mendelssohn Concerto at age seven, and at fourteen made a now-legendary recording of Elgar’s Violin Concerto. He went on to have one of the most distinguished and varied musical careers of the 20th Century. He commissioned Bartok’s Sonata for Solo Viola, collaborated with Ravi Shankar and Stephane Grappelli, performed, recorded, conducted, taught, wrote, and advocated – and continued doing so well into his eighties. Menuhin commissioned a Curtin violin in 1996.